What do you do with two of the most popular indie genres? Stick ’em in a cauldron, throw in some cards, mix them together, and voila! The Knight Witch is what appears out of the puff of smoke.

Team17 has revealed that this upcoming Metroidvania twin-stick shooter hybrid will be coming to Switch later this year. The lovely visuals look like a hand-drawn picture book. But combining this with the on-screen chaos of magical bullets, tight spaces, and hordes of mystical enemies, we’re sure the underground city of Dungeonidas is anything goal lovely.

The publishers had this to share about the upcoming witchcraft wandering adventure:

Combining fast-paced shoot ’em up combat with Metroidvania traversal and exploration alongside a magic deckbuilding system, The Knight Witch takes players to the underground city of Dungeonidas. The once peaceful metropolis has been besieged by a mysterious threat and their unrelenting army of war golems. Here it falls to the protagonist – Rayne – to be named a Knight Witch and use her powers to fight back and save those she loves. The Knight Witch will launch on Nintendo Switch™, PlayStation®5, PlayStation 4, Xbox Series X|S, Xbox One, and PC in 2022.

With over 30 unique spell cards to choose from in a magic deck-building system, and Knight abilities to upgrade and improve, players can customize Rayne’s build to fit their playstyle, taking down the invading golems in the most effective way. Like other Knight Witches, Rayne thrives off the love and adoration of Dungeonidas’ citizens, growing ever stronger with their continued support – players can choose to capitalize on this, lying to the adoring denizens for their own means, or they can be honest, sharing the painful truth to the masses.

1. Shoot ‘Em Up Spellcasting Sorcery: Encounter evil foes and choose whether to wield Rayne’s magic or use her weapons and wits to take them down.
2. Body and Mind: The Knight Witch Duality: Customize Rayne’s unique playstyle, upgrading Knight abilities for a more fast-paced shoot ’em up experience, or strengthen Witch magic and explore different deckbuilding strategies with over 30 unique spell cards to choose from.
3. Build Trust & Make Lasting Bonds: Knight Witches become stronger with gratitude and trust and can earn it in many ways, not all of which are sincere – the choice to choose popularity over honesty lies in the players hands.
4. Forward Thinking Accessibility: The Knight Witch has been designed as a Metroidvania without barriers; with an intuitive on/off ‘auto-aim’ system, world-altering ‘cheats’ and a focused main story navigation system – players will never get lost and can tailor the game to their level of play.
5. Super Mega Team: The Knight Witch is brought to you by a veteran team of developers behind titles such as RiME, Moonlighter, and Plants VS Zombies.

Super Awesome Hyper Dimensional Mega Team, which has a knack for this kind of warm hand-drawn cartoon style, is using its experience with shooters to freshen up an indie darling genre. Not only will you be shmupping your war around various caverns and rooms, but there’s also a magic-deck building system that allows you to customize witchy protagonist Rayne to your liking.

It all sounds like a pretty fantastic combination to us! Opening up the Metroidvania genre is perfect — it’s familiar to many at this point, and the shmup mechanics are sure to make things that bit more hectic. The addition of a quest system, where you can build up trust and improve Rayne as she becomes more loved, means that exploration is never second to the shooting.

Let’s get a better look at this Dungeonidas and see just how good our reflexes need to be. Oh, and admire the scenery behind all of the bullet chaos. 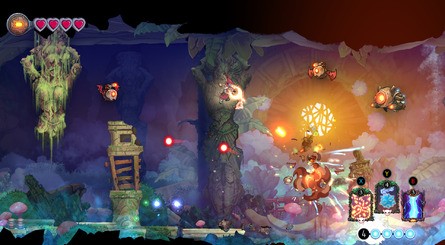 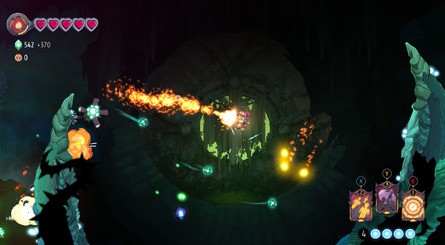 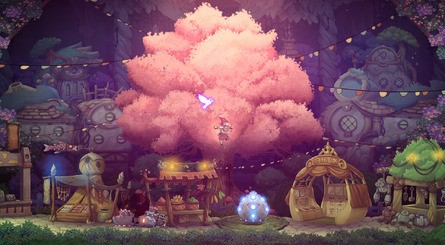 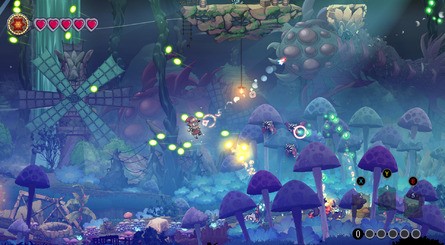 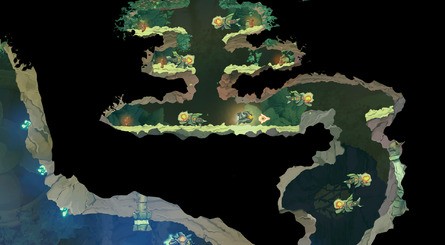 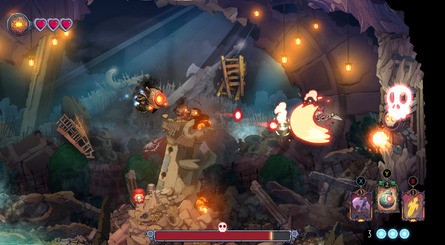 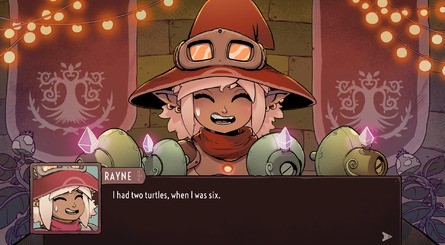 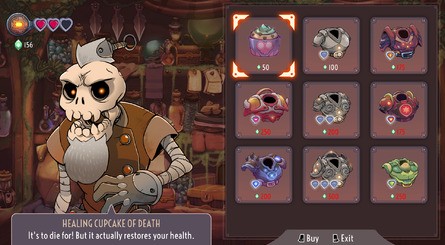 The Knight Witch is coming to the Switch sometime in 2022 — we don’t know exactly when, and perhaps it’ll just appear in a puff of smoke, but we’re incredibly excited to get our hands on this and blast our way through this underground city. You can find out even more about the game on its official website.

Let us know what you think of this fun mash-up of genres in The Knight Witch in the comments!